Stop and think about it - "If you don't go out, nothing happens."

Weeks ago I received an invitation to a cousin's 100th birthday party. It was called for noon time, at a town close to Rhode Island, that's at least a two hour ride from where I live.

My thought was "I want to go to this special party, honor my cousin and share this special time with family that I haven't seen in a very long time.

I'm no chicken and the thought of getting up early, making arrangements and going on that long ride was a turnoff.

The arrangements were made: I got a ride with the MBTA, which took me to my daughter-in-law Carol's home in Boston. From there, I assumed we would take off for the hinterlands.

Since I made good time getting to Carol's, she asked me if I would like to drop into Steve's Boston Media Makers meeting which was being held that morning!

Steve's been holding those meetings for ten years now. I have seen them on the internet but never attended the meetings.

We surprised Steve and his group! I have never met any of those in the group but I KNEW them. What a great feeling!!! 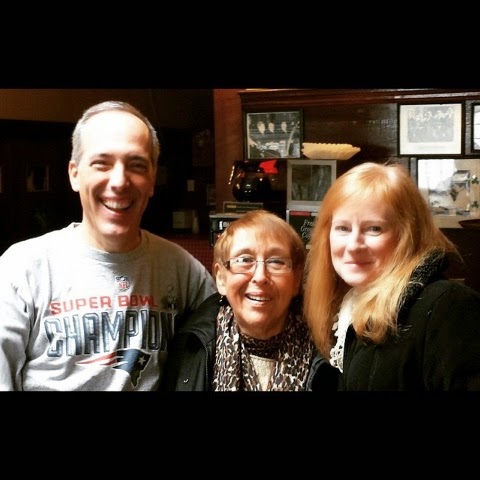 After that excitement we took off for the birthday party.

The birthday boy is as charming and handsome as ever! A number of his family and friends paid tribute to the kind of person he is. Letters were read from Robert Kennedy's nephew, Barney Frank, and President Obama and his wife.

We got to see dear cousins that I haven't seen in a very long time, one of which is 101 years old!

One person greeted me with a big hello, I thought - "who is she?"

There are times I forget names but this was different - I didn't know who she was. It turns out she's a cousin who has let her hair grow gray! It took me a while to really recognize her in her new color. She's a lovely person and I finally can say she looks good with her "new hair."

We were served a delicious lunch topped off with an unbelievable dessert. When the waiter served me the dessert I thought "this must be for everyone at the whole table." 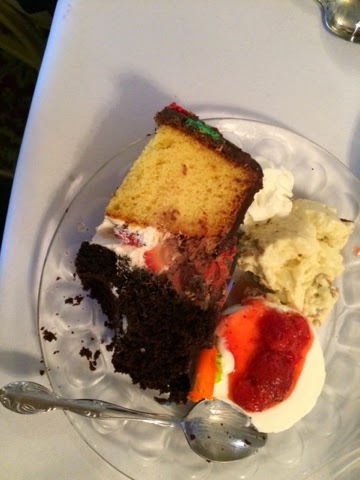 No, that entire serving was for me!

Think about it - if I hadn't gone out,  nothing would have happened! ;-)

My Passage to India

I set off on my first passage to India when I was 12 years old. My father had a Fulbright grant to teach at Madras Christian College, in Tambaram, southern India, and he decided to take our entire family with him for the year. I remember being told about my family’s plans some time in ... Continue reading » 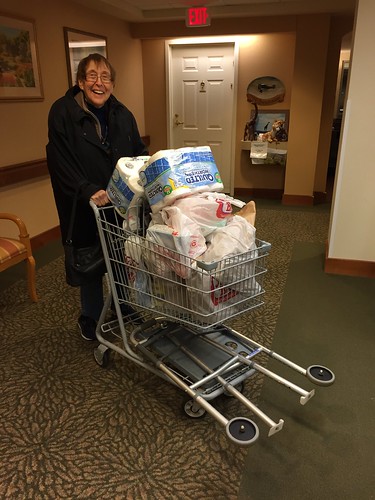 The Boston area is bracing for a huge blizzard that could bring as much as 3 feet of snow!

This reminds me of the Blizzard of 1978. 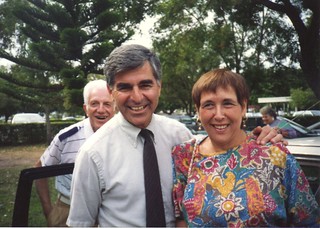 The governor of Massachusetts, Mike Dukakis, dressed in a casual sweater, appeared on television to advise the people to prepare for a massive snowstorm.

I had never paid attention to what the governor of the State was up to, but I listened to him, was impressed with what he had to say, how he said it and what he was doing to handle this major event.

Ever since then I have followed his career, through good times and bad. He always got my vote.

Now, back to what's happening here.

I live in a senior development with approximately 1,800 residents.

We have our own television station which updates the community on many of "the happenings." Today we have been informed that a contingency meal plan will be in effect, since all restaurants will be closed.

From what I hear about the weather, it probably will be available tomorrow also.

Because of the pending storm, supermarkets have been inundated with shoppers loading up on bread, milk, and eggs.

A funny thing happened a few days ago.

My son took me food shopping, and since he will be away for a few weeks, I decided that I had better load up, so I bought more than I usually do.

One item I bought a lot of was "toilet paper." In retrospect I thought about my large purchase...

When I was living at home with my parents I was always concerned about us running out of toilet paper, SO when Filene's Department store had a sale, and would deliver, I took advantage of that sale.

We never did run out of toilet paper! 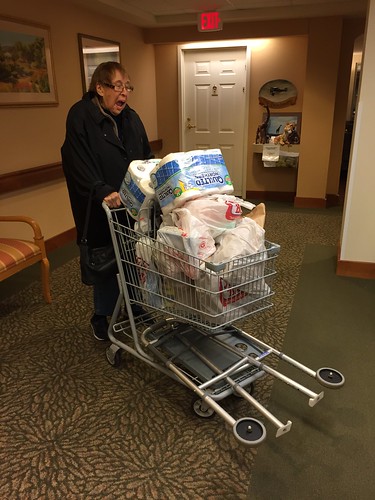 by Eugene Cullen Kennedy
Bulletins from the Human Side

Bulletins from the Human Side: Fr. Richard McBrien is free at last of time's unforgiving grip and at home in the eternal with which he was so familiar.

As Bourbon Booms, Demand For Barrels Is Overflowing

Distillers must age bourbon in new white oak barrels that are charred inside. But the barrel supply is running low, and new, small craft distillers are having trouble getting any barrels at all.